Since creating my Instagram feed, @eatlikeayogi, I see a lot of vegan-related posts. This has generally been useful because I have learned a lot, and the sense of community—even among people I have never met—feels supportive.

The variety of vegan posts includes lots of food pictures—some of which are fancy and stylized, others straightforward and utilitarian. There are warm and fuzzy posts about animals (my faves…I’m looking at you, @thedodo). There are quotes like “You can’t love animals and eat them, too,” and pictures of people wearing shirts that say things like “vegan AF.”

And then there are the fucking slaughterhouse videos.

There’s nothing like showing your kid a cute dog video on Instagram, only for him to scroll down to find a video of bloody cow carcasses hanging by one leg. Or a video of workers torturing a pig right before it is slaughtered. Or a picture of chickens packed so tightly that some of them are literally suspended mid-air.

Jesus, people. For someone with a sensitive (empathic) nervous system, who actually feels what they see—whether it’s warm fuzzies or horrific trauma—that is fucked up. Stop! Please! THAT IS NOT A WAY TO GET PEOPLE TO STOP EATING MEAT. In my opinion, all those images do is create shame and ostracize people, which is antithetical to the cause.

Shame is the opposite of empowerment.  Shame means turning against yourself and believing you are undeserving of love, or that you are somehow less than. In the words of Brené Brown, “Shame corrodes the very part of us that believes we are capable of change.” (And change is what we want!)

As for ostracizing people…no one who looks at those horrific images would ever treat an animal that way. No functional person is for animal abuse. And yes—I KNOW THEY ARE COMPLICIT BY BUYING THE MEAT. But imagining that connection is happening when people see your disgusting videos is naïve (see Manifesto item #3). An image on a tiny screen of heinous abuse does not translate for a hungry person trying to figure out what to make for dinner as they blow through the grocery store on their way home from work after sitting in traffic for forty-five minutes and missing their kids or their spouse or their bike or their video games all day.

Instead of changing hearts and minds, what I think happens when people see those awful videos, is they go “Omigod that is so awful, ugh, I never want to see that again…UNFOLLOW.” And you just lost your platform. 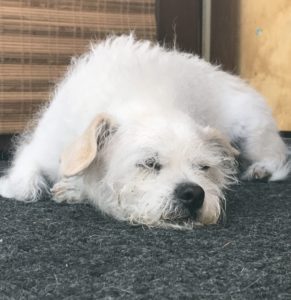 More of this, please.

How do I know people do this? Because I do it. You post something vile, I unfollow you. Which bums me out, because you are wonderful, principled, good-hearted people I would like to learn from. But not if it means I am going to have to witness terrible violence on a daily basis. Maybe you don’t care—I’m only one person. But if there was ever a cause for which a strong community is eminently useful, I think veganism is right up there. Strength in numbers.

Instead of shaming and ostracizing people, what if we focus on encouragement and education?

What if we replaced those awful videos with positive messages like, “Hey, I used to eat meat, too. But then my conscience got the best of me and I couldn’t participate in animal cruelty any more. And the shift was easier than I thought!”

Or try, “Yeah, I know…BACON. But did you know bacon is carcinogenic on the same level as cigarettes? And that eating it dramatically raises your chances of developing cancer and diabetes and heart disease? Here’s some tempeh you can try instead…”

Be patient. People learn and grow best when they’re loved and supported. Encourage instead of shaming and educate instead of ostracizing. Ask people what their biggest challenges are to eating better, and then shut up and listen. Take good notes and send them to me and we’ll create more vegan resources, together.

And for the love of kale: please stop posting those videos!

Previous Post: « Super veggie sandwich pockets
Next Post: From my soapbox: Get your boobs out of my yoga »